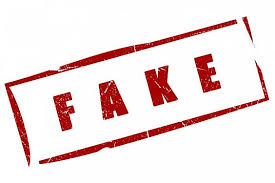 When I started this blog, I noticed the number of Black people who call themselves “cultural critics” or “public intellectuals.” I thought that was great. The more of us who are looking at the Black community’s issues and looking for kind, human ways to solve them, the better.

But then, I noticed there were a few people who espoused so-called radical politics, but who seem to be reinforcing the “okey-doke”: the same-old status quos in the Black community, just with a fresher, younger vocabulary. Some of these people called themselves “Hip Hop Feminists.” And in order to get along as a new and struggling Black Public Intellectual (BPI), I bit my tongue sometimes about glaring disconnects between what these folks said their politics were and what actual agendas they supported.

Despite my troublemaking stance, I keep quiet for my own good. I did that because in the Creative Writing community, I’m already known for having a hard time keeping my mouth shut, which is (probably) why I’m not a famous poet and paid in full.

I can get on folks’ nerves. And I can be abrasive as well. But I’ve noticed that I tend to be abrasive when someone I thought was supposed to stand for one thing all of a sudden does a complete turn. And the turn happens usually in the process of “branding” him- or herself in some way that’s supposed to further an academic career, either one already existing or one just beginning.

Kind of like I pretended to be all bold and “keeping it real” but actually, I kept quiet because I wanted to be known as a BPI. Get it?

Now, nobody ever said I was Black Girl Jesus. (I have my flaws and faults; I’m sure you’ve noticed some of them already, if you’ve been reading this blog.) But I can say, my blog doesn’t count as a real “hustle” for me and it doesn’t further my “real” career, either. First, a blog doesn’t count as publication at my university; I have to produce a book-in-print to be promoted to full professor or get a merit raise. Also, since most of the well-regarded BPIs out there hold doctorates and I don’t, I’m also excluded from that cohort as well. I hold a Masters of Fine Arts in Creative Writing, and I don’t teach cultural studies or literature, etcetera , I teach kids how to write poems and short stories.

I started this blog by myself. It is completely homegrown, and it costs only a few dollars a year to maintain. As you can see, it’s not fancy in the least. And to date, I’ve never been asked to offer my “expert” opinion on some part of Black culture in the mainstream media; nobody ever asks me to speak for “Black people,” only for “Honorée.” As I’m fond of saying, this blog is for me, my mama, and people who need me to keep it real.

Anyway, a few days ago, I was in the middle of my regular, twice-weekly, online rant on Jay Z, the rapper I admittedly love to hate. I said that I looked skeptically at any feminist who supported Jay-Z’s work, and that it just wasn’t possible to lift up a misogynist and be a feminist at the same time. I don’t know why I was surprised, but I was by the irate response from several Twitter folks, not the least of whom was Dream Hampton, Jay-Z’s ghostwriter for his book, Decoded, and his actual friend. (I didn’t even know Ms. Hampton followed me on Twitter. I must say I was very flattered, even though she got me told in front of God and everybody.)

Then there were other women, several of whom identified as feminists, who used the sad and ridiculous excuse that in “99 Problems,” Jay-Z wasn’t referring to women as b-words, but rather, men.

Oh, okay. Then that makes all the rest of the b-word and h-word references in his music absolutely acceptable. I’m completely nose-deep in The Jay-Z Fabulous Koolaid now.

Here’s what precipitated my rant (other than, of course, the fact that I don’t understand how a marginally talented and very rude and mean-spirited guy like Jay-Z is now King of Hip Hop, when there are much more talented MCs out there who even seem to have some home training): Supposedly there was a poem a few days ago in which Jay-Z had agreed to stop using the b-word, because of his love for his brand-new baby girl. Then, there erupted many thousand Facebook and Twitter beefs between those people who wanted to hold Jay-Z accountable for his past behavior, and those who were saddened or, indeed, enraged by the accountability crew’s refusal to forgive.

But then, in the middle of all that uproar, Jay-Z’s “poem” was discovered to be a forgery. His representatives issued a public statement to that effect. Which basically meant that Jay-Z reserved the right to call women—and let’s admit it, Black women—the b-word. The h-word was never even part of the discussion, by the way.

As I pondered what had happened, I ran through my memories of other “feminist” BPIs who had supported Jay-Z’s music in the past, talked about his brilliance in Decoded—a book that wasn’t even technically penned by him, but by Dream Hampton, a Black woman—and who most recently, made excuses for his grave and years-long misogynistic speech-acts.

And I wondered something: how many of these Faux Black Feminists find themselves caught in the middle of issues that require them to demonstrate, like, actual feminist principles instead of, say, hustler principles? For example, if you brand yourself as a male or female “Hip Hop Feminist” and then, it occurs to you that a “Hip Hop Feminist” might be, like, an oxymoron, then what? You have to start your career all over again, and you have to reestablish your brand, too. And who wants to do that?

But guess what? If  you’re sitting up on the TV or radio, representing Black people or Black women, saying that you are an activist in the service of Black woman’s empowerment but you are not demanding Black public cultural behaviors that promote Black woman’s empowerment, that’s not cool. And that’s not honest, either. Your career is how you make money. Helping Black women is supposed to be about your heart and soul.

I know what I’m saying is provocative. And I know that this post is going to lose me many BPI connections that I have built over the past year and a half. And that thought both saddens and scares me. But you know, as my granny used to say, “It just bees like that.”

As a poet who does not have a Phd and most importantly, who’s never made a dime as a cultural critic, I have not only the opportunity, but the responsibility to challenge what I believe are some very damaging BPI practices going on right now, by both Sisters and Brothers.

I have the responsibility to say, there are principles for a cultural critic who purports to help the Black woman. It’s one thing to write about the brilliance and artistry in Hip Hop music. It’s another to tether one’s feminist politics, career, and popularity to Hip Hop’s MCs (and their cults of personality), the overwhelming majority of whom damaged both Black women’s public image in the White “mainstream” as well as her self-esteem in her own Black community.

And it is very hypocritical to pretend that Hip Hop culture has been positive, when it has not only supported misogyny against Sisters, but also, created an ugly dynamic that attempts to dismiss as “classist,” “racist” or “generationally out of touch” any critics who want to hold both the MCs and the culture responsible for the normalization of misogyny within the Black community.

I’m not saying real Black Feminists don’t like to dance to Hip Hop music or don’t like the beats. We do. I’m not saying there aren’t some great non-commercial MCs. There are, indeed. But I am saying that Hip Hop culture is not about to save any Black woman. Real Black feminists don’t keep shaking our booties on the deck of the sinking ship, SS Hip Hop, just because after everyone has drowned, we hope we might find a lifeboat and then, some dollar bills floating on the top of the water.

And we don’t tether our feminist politics to a cultural institution that has degraded Black women out loud, in public, and gleefully for over fifteen years now and counting. Sure, we can invest in intellectual production on Hip Hop Music—articles, books, speaking engagements—but we can’t push a personal political agenda of Hip Hop Feminism when female empowerment is not at the top of the Hip Hop agenda, but rather apologizing for Hip Hop culture is at the top of that agenda.

To wit, “Yeah, okay, MCs talk real, real bad about Sisters, but the music is brilliant. And you know, sooner or later, Yeezy’s going to get him some therapy.”

We must take an honest look at our Black Public Intellectual brands. And if those brands are not consistent with what—and who—we say we stand for politically, then we have to change accordingly. Or, we should stop pretending. Because despite what Hip Hop has told us, the hustle is not the ultimate goal. The mental and emotional health of the Black community is.

11 thoughts on “Crying Foul On The Faux: Hip Hop Feminism”