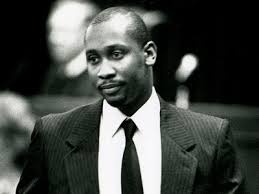 It has been four days since Troy Anthony Davis was executed—murdered—by the state of Georgia, despite the recanting of witnesses in his case and all other kinds of holes in his case. Many of us signed petitions, while others (like my close friend Howard University Professor Tony Medina and twelve HU students) physically protested the executions; still Brother Davis was executed. Many of us are sad, bewildered, shocked, and angry.

Many of us African Americans—including me—were on the fence about the death penalty. We have a saying down south (where I’m from): “He needed killing.” But after the emotional devastation I experienced over Troy Anthony Davis’s state sponsored murder, I am now one hundred percent against the death penalty, even when the accused or convicted is guilty. And I decided to do my small part to abolish it. Here’s what you can do.

Number One: Educate yourself. This is the easiest first step.

There were a lot of my White friends on Facebook and Twitter who were completely stunned by this execution. They just knew something was going to happen at the last minute. Frankly—and I say this bluntly—I could understand White folks not knowing any better, even Good White Folks.

But what really blew my mind is that Black folks seemed completely unaware about the fact that Troy Davis was not an isolated case, that the United States had been doing a version of this to Black folks since Reconstruction. They didn’t know the real history. They only knew hearsay.

My Black Brothers and Sisters, I’m going to have to keep it real with you. I mean really, really real. Are you ready?

It’s a common saying that if you want to hide something from Black folks, you hide it in a book. Black folks, why don’t you stop talking so much to each other—when neither one of y’all has read a [insert expletive adjective] thing? What is all that talking supposed to do? How is that supposed to help these Brothers on death row?

But I’m not just talking to Black folks here. My Good White Folks who are reading this post, you need to know this America history, too, so you can help change this country for the better.  Understand that this is an ongoing issue and stop being taken over by guilt and do something. So here are some readings for everyone:

Amnesty International has an excellent document that discusses race and the death penalty, “United States of America: Death by discrimination – the continuing role of race in capital cases.”  YOU REALLY NEED TO READ THIS DOCUMENT BEFORE YOU READ ANYTHING ELSE.

Once you’d read Amnesty International’s document, read Michelle Alexander’s The New Jim Crow: Mass Incarceration in the Age of Colorblindness. It gives a background about how the prison system connects to the history of segregation and discrimination against African Americans in this country.

Then, read about how this all connects up. David Oshinsky’s Parchman Farm and the Ordeal of Jim Crow Justice  and Douglas A Blackmon’s Slavery by Another Name: The Re-Enslavement of Black Americans From the Civil War to World War II are two books that talk about (among other things) the practice of arresting Black men for petty crimes like “vagrancy” and then keeping them for free labor.

Number Two: Find out what the following organizations are doing to help Brothers on death row. Then join them. And if you can, donate some money, even if it’s just $5 or $10.

Think about those scenes in It’s A Wonderful Life when every time a bell rang an angel got his/her wings. In this case, every time you give money to an organization that is fighting against the death penalty, you raise Brother Troy’s spirits—and the spirits of all those Black folks lynched and executed in the past—just a little higher. You know you want to do that.

Amnesty International was involved in the fight to stop Troy Davis’s execution for a long time. They are the leading human rights organization in the world. (I am now a member of this organization and I donated money.)

The National Coalition to Abolish the Death Penalty. The name says it all. (I am now a member of this organization as well and I donated money.) When you go to the site, there is a list of folks that are scheduled to be executed. Y’all, it’s a long list. In addition, here is a great “primer” compiled by NCADP that will you get started with your anti-death penality activism: 10 Ways to Help Abolish the Death Penalty.

The Innocence Project is an organization that specializes in exonerating folks who have been unjustly accused and convicted. I know some of y’all are still unsure about helping guilty folks avoid the death penalty—this organization is for you. And I am not hating on you, either. Look, every little bit helps.

Don’t forget how your heart went out to Troy Davis’s family, waiting for their brother and uncle to be executed. Don’t forget how you wondered what sort of emotional torture he was going through for FOUR hours, strapped to that gurney, while he waited for the Supreme Court to stay his execution. And then, he was killed anyway. Don’t forget your horror at being a citizen of a country that would do such a thing.

Do not forget that Brother—our Brother, whatever race you happen to be. Honor Troy Anthony Davis’s sacrifice.  Please get involved.

2 thoughts on “Tough Talk: Stop Complaining About Troy Davis And DO Something”